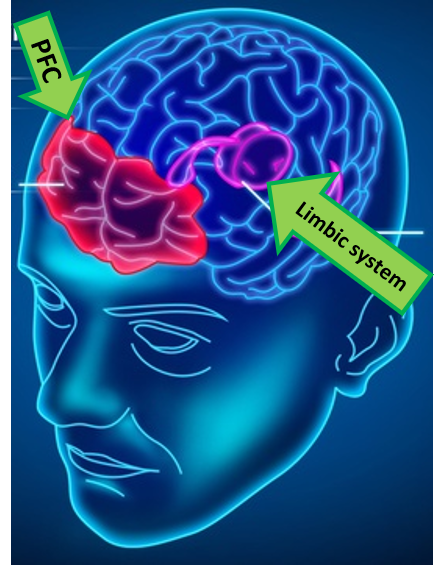 Are your interactions with your team helping them to be their best selves and deliver their best performance—every day?

I’ve spent the last 20-plus years working with hundreds of leaders to identify the behaviors that help them thrive and the behaviors that get in the way of their leading high-performing teams and delivering the results they’re after. I’ve seen first-hand how behaviors and actions create ripples—good ripples and bad—that affect everything.

Somewhere along this journey, I began to understand the major—really major—part our brain plays in creating these ripples.

Our brains cannot possibly process every single piece of information available to make decisions. It uses shortcuts, and especially biases from past experiences, to make quick decisions. Now, the brain helps us a lot, but not everything it does for us is helpful. To some degree we are always working against our own brain and the brains of those around us.

If we can better understand what we now call “the social brain,” and appreciate how that brain processes our interactions, our conversations, to drive threat and reward, we can more clearly recognize the strengths and weaknesses in our own conversation styles and the conversation styles of others. Then we can make the changes needed to lead our teams toward maximum positive engagement.

How our brains are wired…

Our brains are wired to keep us away from threats or danger—like the fire-breathing dragons pictured above. Our brain is also designed to orient us toward rewards—like ice cream. In the brain, the threat response is much stronger than the reward response. You run from the fire breathing dragon, but you smile at the ice cream.

These dynamics make sense when you consider the brain’s organizing principles:

When the limbic system is overly aroused by real or perceived dangers, our alertness is heightened as the fight-or-flight response kicks in, but the threat response actually decreases wider perception, cognition, creativity and collaboration. We have a reduced ability to clearly see issues, solve problems and work with others. Unconscious behaviors are triggered, and the prefrontal cortex shuts down, so executive function is hindered.

In everyday language, this means we get tunnel vision, we can’t think as well, our creativity and ability to solve problems decreases, and we aren’t as good at working with others. A threat reaction can have big implications for performance. In short: We get dumber.

Naomi Eisenberger at UCLA wanted to understand what goes on in the brain when people feel rejected by others. She designed an experiment in which volunteers played a computer game called Cyberball while having their brains scanned by a functional magnetic resonance imaging (fMRI) machine.

The subjects were told that two other people were playing the game with them, but it was really a computer program.

“People thought they were playing a ball-tossing game over the Internet with two other people,” Eisenberger explains. “They could see an avatar that represented themselves, and avatars for two other people. Then, about halfway through this game of catch among the three of them, the subject stopped receiving the ball and the two other supposed players threw the ball only to each other.”

Even after the subject learned that no other human players were involved, the game players spoke of feeling angry, snubbed, or judged, as if the other avatars excluded them because they didn’t like something about them.

This reaction could be traced directly to the brain’s responses.

“When people felt excluded,” Eisenberger said, “they saw activity in the dorsal portion of the anterior cingulate cortex — the neural region involved in the distressing component of pain, or what is sometimes referred to as the ‘suffering’ component of pain. Those people who felt the most rejected had the highest levels of activity in this region.”

In other words, the feeling of being excluded provoked the same sort of reaction in the brain that physical pain might cause.

Since social threats and rewards are as powerful and painful as physical ones, and since they are so much more frequent, they are the biggest threats we feel.

Consider for a moment: When someone suffers a physical injury, we expect that they might take a few days off work to recover. But if someone is humiliated in a meeting, we expect them to get on with things and get back to work, don’t we?

For you as a leader, the implication is clear: your team is not at maximum performance when in a threat state.

As leaders, we owe it to our teams and to ourselves to improve our own skills in these areas: get used to having coaching conversations, get used to having conversations that are developmental in nature and delivering feedback in small pieces, in collaborative, cooperative, encouraging ways. Encourage people about what they do right, what they do well. Focus on catching them doing something right and well and share your observations with them in as much detail as you would if you were correcting a mistake.

The key is to have the conversations that will ensure people are at maximum engagement so they can be doing their very best work. We all do our best work on things we like or love to do—in areas where we can excel learn to excel. The brain gets rewarded for work we love doing. It gets rewarded for things we are good at.

Remember: the brain likes to be right.

Are the conversations you’re having, and the meetings you’re leading, brain-friendly enough to create maximum engagement?